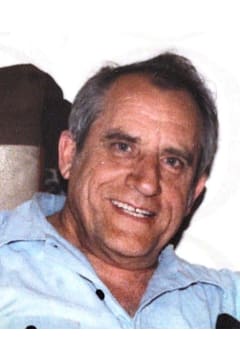 Alexander Conti, 94, of Warren, passed away peacefully Monday, March 22, 2021 with his family by his side. He was the beloved husband of the late Lillian (Morgo) Conti and predeceased by his son, Richard Conti. Born in Boston, MA, and raised in Barrington, he was the son of the late Alberto and Maria (Stabile) Conti.

After attending Barrington High School, Alex attended and graduated from the United States Coast Guard school during World War II. He later joined the Merchant Marines, serving and traveling all over the world until the end of the war. Alex was employed for many years by Narragansett Wire in Providence before retiring. In his later years he enjoyed spending time with his family and golfing.

Alex leaves behind his loving daughter Barbara Francis of Warren. He was the grandfather of Lauren Catalano of Warren, Kristine Catalano of Riverside, and Lee Conti of Exeter. He was the proud great-grandfather of 6, Alex, Anabella, Ace, Vincent, Antoinette, and Hunter. Alex also leaves behind his brother Angelo Conti of Bristol. He was predeceased by his brothers Carmen, Giantano, John, and Albert and by his sisters Josephine Iervolino, Margaret DeSpirito, Philomena Merolla, Antonetta Simmons, and Susan Mead.

In lieu of flowers, please consider a donation to the St. Jude Children's Research Hospital.
www.wjsmithfh.com

We are so sorry to learn of Uncle Alex passing. He was loved by all of his children and family. He will be missed. We love you Alex - Hugs from Ray Mead, Betty Mead, and me( Marion Mead Studebaker) . Rest in peace.
- Marion Mead