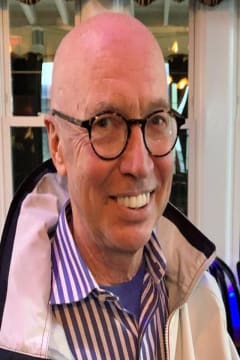 Dr. Carl Levick, 68, passed away at home on May 8th, in Bristol, Rhode Island surrounded by loved ones after a courageous battle with aggressive brain cancer.

Carl was born on October 23,1952 to Cora and Dwight Levick and raised in Andover, Massachusetts. He excelled in music and math, making all state band for his trumpet playing abilities, achieving the rank of Eagle Scout, and earning a scholarship to study undergraduate psychology at Dartmouth College in Hannover, New Hampshire.

After relocating back East, Carl worked for nearly thirty years as a cardiologist, managing Cardiology Associates of New Hampshire, before moving to Bermuda to work a 3 1/2-year stint at King Edward VII Memorial Hospital. Having left Bermuda to settle in Bristol, Rhode Island, but too restless to retire, he took his final cardiology post at Newport Hospital, before finally retiring at the end of 2016.

Carl was an avid hiker, completing all of New Hampshire’s 4,000 ft peaks, a passionate skier, serving on the Wildcat ski patrol, recreational cyclist, prolific artist, and capable sailor. He leaves behind his loving wife of 40 years Rebecca, two devoted sons, Scott and Andrew, brother Bruce, sister Marilyn, his parents Dwight and Cora, extended family, and many friends, colleagues, and patients whose lives he greatly impacted. He will be missed by many.

In lieu of flowers donations to the dedicated staff of Hope Hospice, 1085 North Main St. Providence, Rhode Island, 02904, would be greatly appreciated.