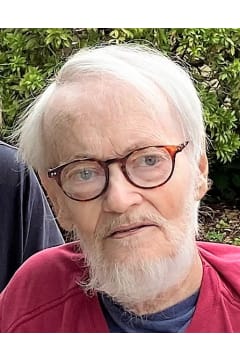 Geoffrey D. Clark was born in northern Michigan on October 11, 1940. His parents, Ryll Spaur Clark and George Clark, predeceased him. Geoffrey married Pamela Blumlo. She predeceased him on November 15, 2019. Geoff was an English professor at Roger Williams University and Pam had taught middle school science in Middletown, Rhode Island. They lived on Touisset Point in Warren, RI.
Geoffrey had resided at the Warren Skilled Nursing Facility in Warren for the last few years of his life. He suffered from Alzheimer's.
Geoffrey was the author of several books. He included a memoir at the end of his book
"Rabbit Fever'', which is a collection of stories published in 2000. Geoff described how his mother had "languished bedridden and near-mindless" for ten years. He wrote, "It's just as horrible as everyone says, helplessly watching someone you love fade degree-by-degree into the gray semi-death of Alzheimer's."
Geoffrey is survived by his sister-in-law, Joy (John) Warren, nieces Emily Diegel and Renae Wright, and nephew Benjamin (Jennifer) Warren; great nieces Magdalena Wright, Natalie Diegel and Emma Warren; great nephews Rene Wright and Logan Warren.
The family would like to give special thanks of appreciation to the caregivers at the Warren Center. They'd also like to give thanks to special friends Robert and Michelle McRoberts, Abby Cabral, and Barbara (David) O'Leary. Their friendship and compassion were especially meaningful during these last few years of challenging times.