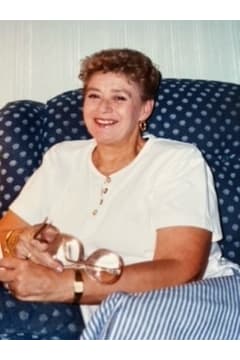 Born in Fall River, MA, she was the daughter of the late Alfred and Rose (Breault) Gagnon.

Mrs. Sousa had worked as a patient representative at Rhode Island Hospital for many years, retiring in 1997. She was a Communicant of St. Dominics Church in Swansea, MA. She also loved wind chimes, milky way candies, light houses, jewelry, scrabble, her dog - Peggy Sue, laughing until she could barely breath, and beating the pants off her grandsons and their friends in hi-low jack card games.

She is survived by two daughters, Robin Whalen of Warren, RI, and Kristy Leveillee of Providence, RI, and two grandchildren, Thomas Whalen of Westport, MA, and Max Leveillee of Cumberland, RI. She was also the sister of the late Pauline Carey, Patricia Lapierre, and Lorraine Barba.