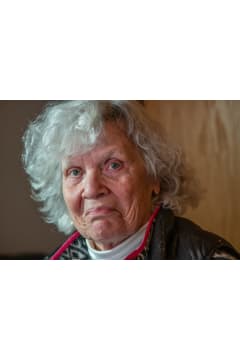 Katrina Hanson Avery passed away on December 3, 2021 peacefully at home in Warren, RI after a six-month battle with cancer. She was born in September 1939 in Cambridge, MA to Hilding F.C. Hanson and Louise Van Voast Hanson. She grew up in Cambridge, attended Shady Hill School and the Winsor School, and graduated from Radcliffe College in 1961 with an AB in English. She then studied piano for a year at the New England Conservatory. She was recruited by an MIT professor to help turn technical manuscripts into English. This began a life-long part-time occupation as a highly sought-after copy editor of technical writing. A number of scientists and engineers (including the author of this obituary) have remarked that they didn't really know how to write until Trina began editing their work.

Trina married her first husband, Donald H. Avery, in 1963, and moved to Barrington, RI when Donald joined the faculty of Brown University. She gave birth to her daughter, Jessica Avery, in 1968.

She took classes at Brown in the 1970s and entered the PhD program in Classics. She was fond of saying she received an ABD in Classics ("all but dissertation"). Later in life she took further classes at Brown, this time in Old English in the 2000s. Throughout life she was fascinated by language, learning its intricacies and teaching others how to use it.

She continued her part-time career in editing via a loose association with Brown; she officially joined Brown as a staff member in 1980, when she became the manager of the Computer Science Department. There she met her second husband, Thomas W. Doeppner, whom she married in 1983. She and Thomas travelled widely: professional trips, scuba diving, and general sightseeing. After living in Providence for over 20 years, they moved to Warren in 2004.

Trina much enjoyed music. She started piano lessons at an early age and continued into conservatory. She was particularly fond of classical music: from early music up through the baroque. She became devoted to choral music and sang with the Providence Singers from the mid 1990s until 2016.

She retired from Brown in 2006 and did volunteer work at a number of organizations, including the RI Audubon Society and the US census. Most recently she applied her copy-editing skills at the Blithewold Historical Mansion in Bristol, RI, where she assisted with their publications for seven years and also worked in their garden.

She continued free-lance technical copy-editing well into 2021, when she had to quit due to her health issues. This was lamented by numerous clients from around the world.

She was a voracious reader all her life, mostly in English, but consuming occasional Latin and French books. She loved animals (particularly cats, of which she owned many over the years).

In addition to reading, Trina's greatest joys were gardening and cooking. She grew up spending summers in Annisquam MA and continued to visit there her entire life, instilling a love for that part of the world first in her daughter and then her granddaughters. She participated in multiple book clubs, exercise groups, and a cribbage club. Her connection with her Shady Hill and Winsor classmates continued through her entire life.

She is survived by her husband, Thomas Doeppner, her daughter, Jessica Avery, and her granddaughters, Margaret Needham and Penelope Needham (Maggie and Poppy).

A memorial service will immediately follow at 1PM in the funeral home.

In lieu of flowers, donations can be made to the Providence Singers, 667 Waterman Avenue, East Providence, RI, 02914 or click on donate at the bottom of https://www.providencesingers.org.