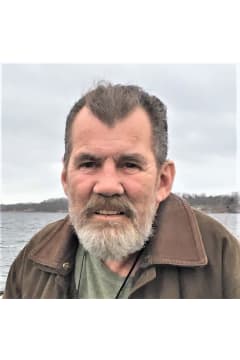 Stephen F. Brien, "Steve", 66, formerly of North Providence passed away on Wednesday, July 14, 2021 at the Rhode Island Veterans Home. He was a seven-year resident there. Born in Providence, raised in Cranston, he was a son of the late Francis E. and Mildred L. (Moore) Brien.
Steve was drafted and served in the U.S. Army/82nd Airborne division, during the Vietnam War.
He was employed as a small engine mechanic in the automobile field. He was an avid car lover of the sixty and seventy models and a true Chevrolet man. He enjoyed and repeatedly watched all the car shows remaking older models into perfected automobiles. He also loved NASCAR and NHRA car races.
Steve is survived by his siblings, Sharon E. Samatis and her husband George, of Warwick, Carol A. Chandler and her husband Ralph, of Renton, WA., David E. Brien and wife Jayme of Spokane, WA. He truly was a proud Uncle to six, Geoff, Jeremy, Chris, Tiffany, Samantha and Luke. He was also a beloved great Uncle to two great nephews, Anthony and Geoffrey and his great niece Aubrey. He also is survived by many cousins, near and far.
Steve's hobbies included fishing with his ole buddies and his Veteran comrades and his love of music, sports and the water. He was a fan of rock and roll and especially liked the Beatles. He loved the NFL and MLB seasons of which he was a die-hard Green Bay Packers fan and Boston Red Sox fan.
Calling hours will be held on Thursday July 22,2021 from 9-10 AM at Smith Funeral & Memorial Services, 8 Schoolhouse Rd., Warren, RI 02885.
Burial with military honors will take place in the RI Veterans Cemetery, Exeter RI., 301 South County Trail Exeter, RI 02822.
In lieu of flowers, monetary donations in his memory to the R.I. Veterans Home, 480 Metacom Avenue, Bristol, R.I. 02809 will be greatly appreciated.
Arrangements have been entrusted to Smith Funeral & Memorial Services of Warren.