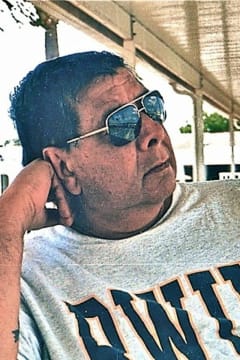 Vincent J. Catalano, Jr, 85, of Dade City, Florida and former life-long resident of
Bristol, Rhode Island passed away July 5, 2021 at his home in Dade City, Florida
after an illness.
Born in Bristol, he was the son of Vincent J. Catalano, Sr. and Caroline (Piccirilli)
Catalano.
Vincent leaves his wife, Valorie (Cheetham) Catalano of Dade City, FL, son Vincent
Catalano III of Florida, and daughter, Kimberly (Catalano) Palmieri of Warren, RI,
a brother, Kenneth of Bristol, RI. He was predeceased by his sister, Anne Marie
De Cesare of Florida and two of his sons, Douglas and Laurence in March of 2021.
He retired in 2000 from the trucking industry and John J. Hudson Companies and
American Liquid Asphalt for whom he was employed for thirty-three years. As a
member of Teamsters Local 251 in East Providence, he was the recipient of an
award from the American Trucking Association for driving over three million miles
accident free.
He was a former member of the Rhode Island National Guard 118th Combat
Engineers stationed in Warren, RI.
Upon retirement he was a student shuttle bus driver for Roger Williams
University in Bristol, Rhode Island.
Vincent was an amateur radio operator having the callsign W1AOM. He was a
member of the American Radio Relay League, East Bay Amateur Wireless
Association, Newport County Radio Club and formed the Patriot Amateur
Wireless Society (PAWS) and was Official Observer Coordinator for the state of
Rhode Island and Eastern Massachusetts sections. He was in contact with “hams”
from all over the world.
He was an amateur photographer and gun enthusiast and was a past member of
the East Warren Rod and Gun Club and the Dade City Gun Club in Florida. He was
interested in model railroading and had a setup of trains in his home. Vincent was
involved in drag racing in the ’50s and ‘60s and auto racing up to his passing.
Vincent’s passions were his dog, Ebby, traveling in his motorhome and the New
England Patriots.
Vincent’s Website: www.qsl.net/w1aom 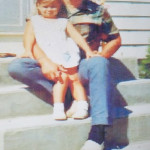