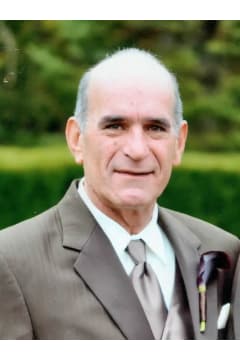 Anthony Francis Urban, 65, of Warren, passed away peacefully on Monday, March 1, 2021, at HopeHealth Hulitar Hospice Center in Providence, surrounded by his loving family.

He was the husband of Nancy E. (Vargas) Urban.

Born in Fall River, MA, he was the son of Sophie (Rodzen) Urban of Warren, RI, and the late Michael J. Urban.

Mr. Urban had worked as an engineer for Honeywell Corp., for 35 years, retiring in 2015. He was a Communicant of St. Alexanders Church, where he also served as a chairperson for the Italian Festival. He was a member of the Polish Club and served on the Warren Zoning Board. He enjoyed carpentry. His greatest pleasure was spending time with his grandchildren and attending his childrens sporting events, having never missed a game.

Private burial at St. Mary of the Bay Cemetery to follow.

In lieu of flowers, memorial donations may be made to HopeHealth Hulitar Hospice Center, 1085 North Main Street, Providence, RI, 02904, or to the Rhode Island SPCA, 186 Amaral Street, Riverside, RI, 02915.