Our name has always been synonymous with trust, caring and personal service. Today, we promise to work with your budget to provide a meaningful service you can afford.

At our funeral home, our goal is to arrange a service that not only celebrates the legacy of your loved one but also provides your family with the goodbye you need. We pledge to honor your loved one with dignity, respect, and personal attention to every detail. No matter the type of service you desire, our caring and knowledgeable staff will be there to assist you in any way that we can. 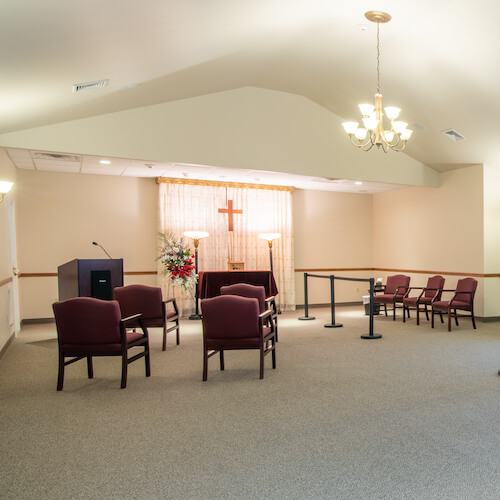 What sets us apart from other funeral homes? We are the only funeral home in Bristol County, RI and MA which has an onsite crematory, ensuring your loved one never leaves our care. Our staff is active in the communities we serve. We have great onsite parking.

We can accommodate up to 80 people for collations and special gatherings. We have holiday tributes for families we serve. We are highly skilled at making the final presentation of your loved one a good memory. We specialize in Veteran services and getting the benefits they earned. If you have any questions or would like to inquire about arranging a service, please contact us today. A member of our staff would be happy to speak with you.

We employ two full time and two part time licensed funeral directors, as well as a team of support staff. Each has a sincere interest in continuing the highest standard of ethical practices and the commitment to ensure that all of your needs are attended to. We are here for you.

Cathie is a fourth generation funeral director/embalmer. She learned from her grandfather and continues the Smith Family tradition, while moving things forward and keeping up with the latest trends and ideas about funeral service. Her parents met in Newport, while her mom, Rosemary (Smith) Alden was in nursing school and her father James Alden was in Officers Training at the Newport Navy Base. After a short courtship they were married and Rosemary followed Jim around the globe, with a son being born in Long Beach, CA…

Cathie was born in Yokosuka Japan and her sister was born in Annapolis, Maryland, where they lived until 1982 when Rosemary moved the family back to her families roots here in Warren, RI. Jim was a Vietnam veteran who passed away in 2002 at the age of 63.

Always active in her community through volunteerism, she was co-chair of a fabulous group that built a large playground that is the pride of Warren. After that experience, Cathie entered the political arena by running and winning a seat on the Warren Town Council where she served from 2008-2014.

Brian is a dedicated and compassionate Funeral Director and Funeral Preplanning Specialist, with comprehensive and expansive expertise directing all aspects of funeral service. He joins our team as a Funeral Director, as well as the Director of Advance Planning. As the Director of Advance Planning, Brian provides families with compassionate guidance to preplan their funeral service in advance. This alleviates doubt about their desired wishes and lessens the burden on their loved ones, allowing for a more peaceful grief experience…

Brian joins our team with more than 30 years experience in the funeral industry. He was a 1987 graduate of Bishop Connolly High School, Fall River, Massachusetts He received a degree in Mortuary Science from New England Institute of Applied Arts and Sciences in Boston, Massachusetts in 1989.

Brian is a Licensed Insurance Agent and holds dual funeral and insurance licenses in three different states. He is also a Licensed Crematory Operator. Brian is a member of the RI Funeral Directors Association, as well as the National Funeral Directors Association. When he is not serving families, Brian enjoys spending time with his wife of more than 25 years, Kristel. They are blessed with the love, light and laughter of their only child, Halie. Brian enjoys spending time with his family and friends, and loves to collect Legos and enjoys quahogging on the shores of New England. Brian and his family enjoy frequent trips to the White Mountains and Disney World.

Rosemary is a third generation Funeral Director/Embalmer with a Preneed Counselor Certification from the National Funeral Director’s Association. She is the daughter of Alice and Gus Smith, the sister of William A. Smith and the mother of Cathie Tattrie. She worked in the Medical Education field before her recent retirement. Life experience and business expertise make Rosemary the ideal person to discuss all of your funeral concerns for yourself and your loved ones.

Raymond is a third generation funeral director from a family of well known and respected funeral directors in Rhode Island. He was a graduate of Warren High School, He received an Associate’s degree in business administration from Bristol Community College and earned his Associate Degree in Funeral Service from New England Institute of Applied Arts and Sciences. Raymond worked in his family’s funeral business for many years, before his association with the Smith Funeral & Memorial Services…

This association gives Raymond the opportunity to continue to serve the families that he has served in the past. Raymond is involved in his community and is a member of many local organizations.

He is married to Nancy (Tavares) Romano and they have three children. He enjoys traveling and spending time with his family 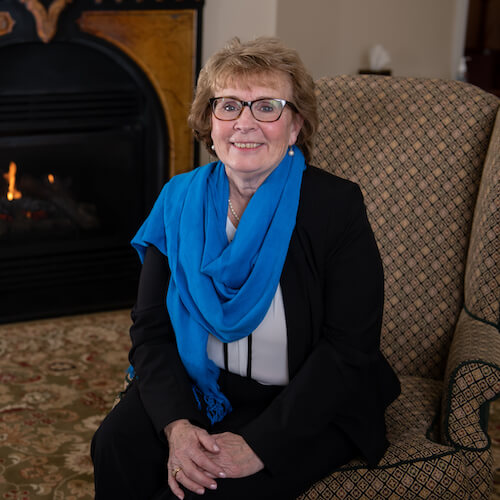 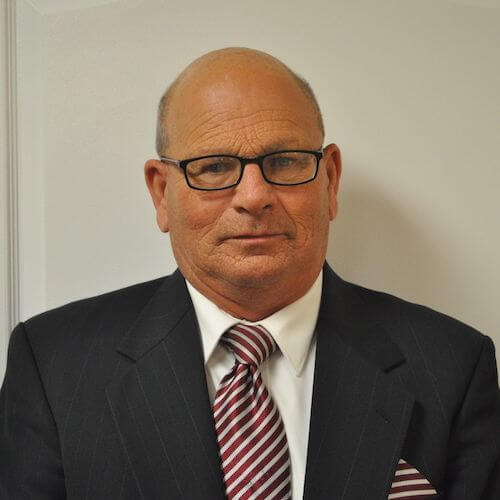 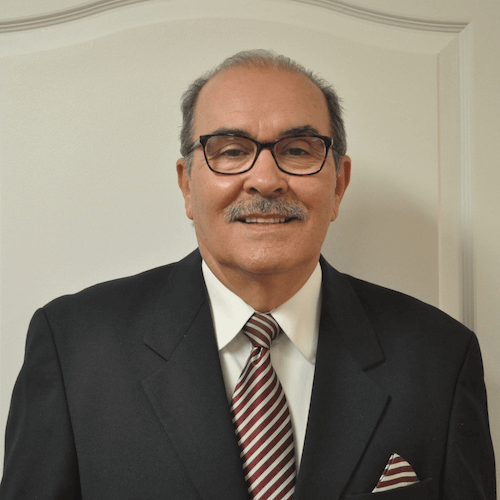 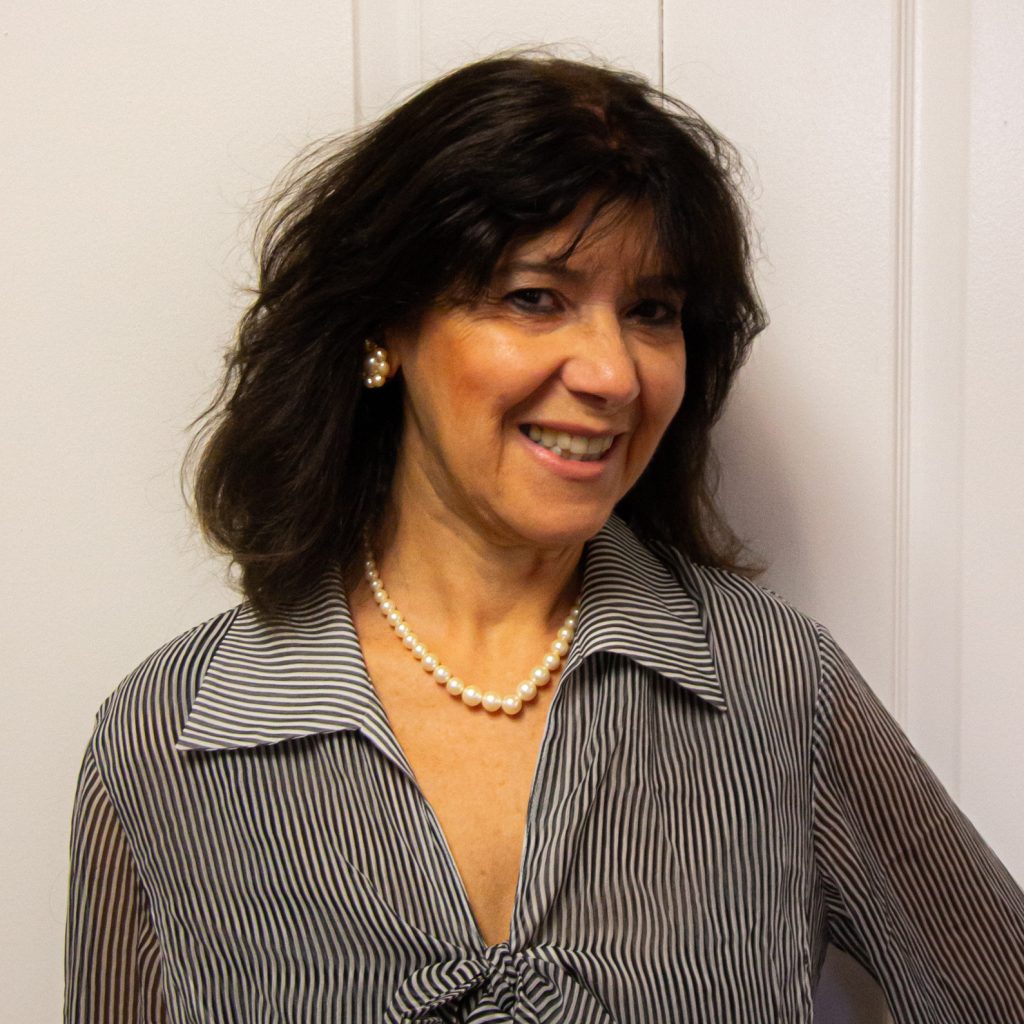 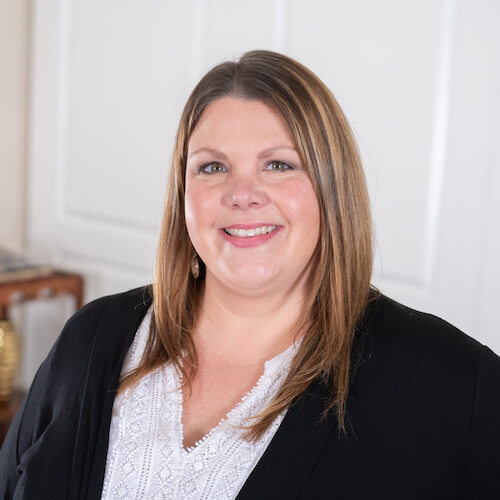 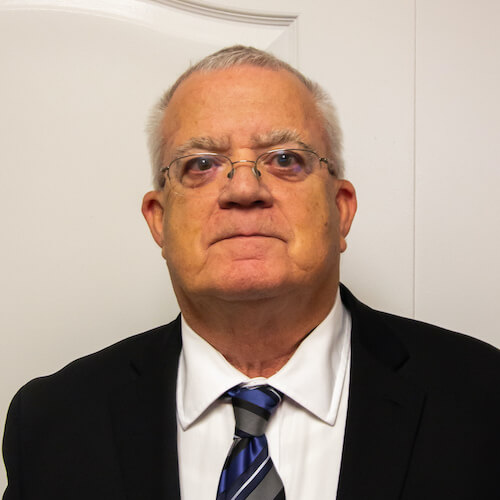 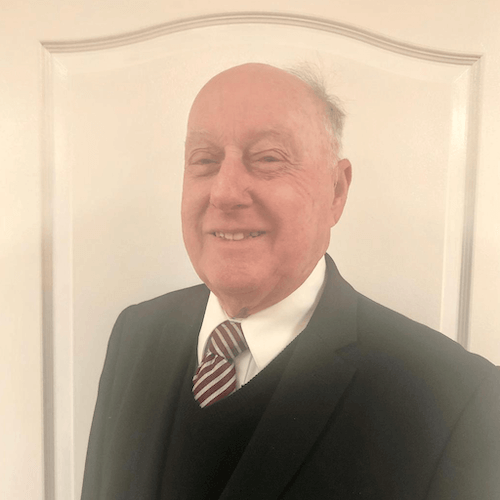 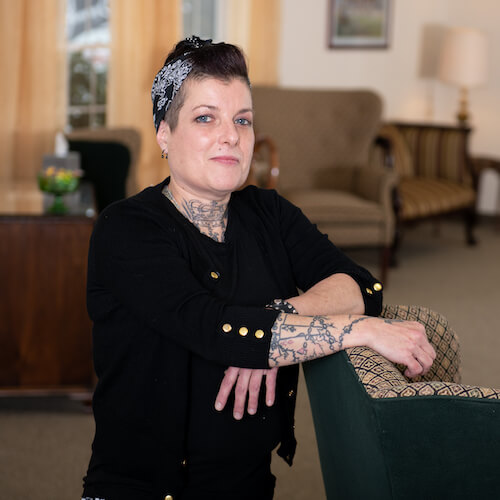 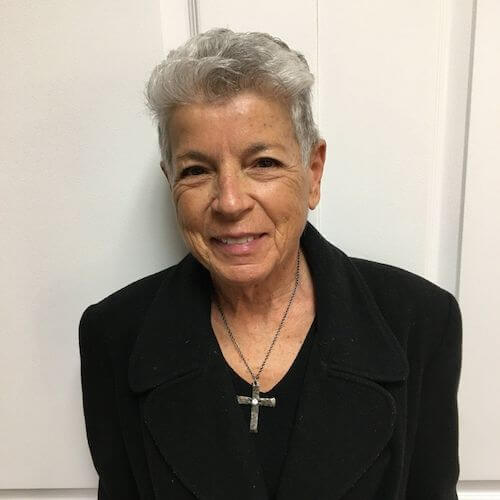 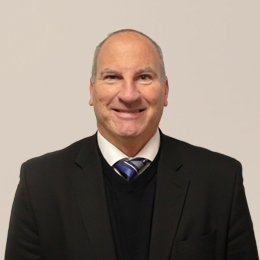 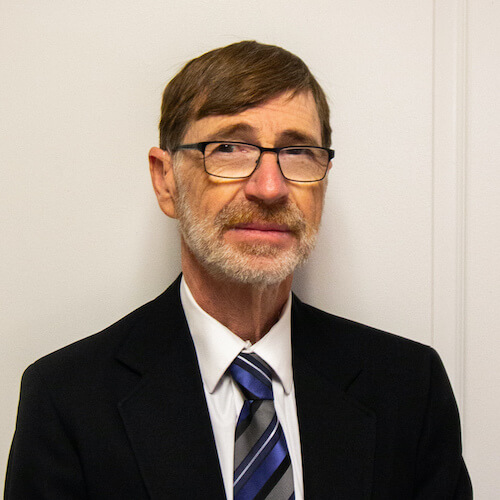 The funeral is an important opportunity to pay tribute to someone you loved. It is a time for relatives and friends to gather, tell stories, to share memories, to acknowledge your loss and support one another.

Whether it is our Chapel, Visitation Rooms, Family room, or Front Lobby, the flexibility of our layout allows us to accommodate a broad range of services. Our facilities can support everything from very large assemblies to the smallest of quaint gatherings. We pride ourselves on the functionality and appearance of our facilities. We are constantly updating and improving our premises and equipment to keep our facility within the highest of professional standards. 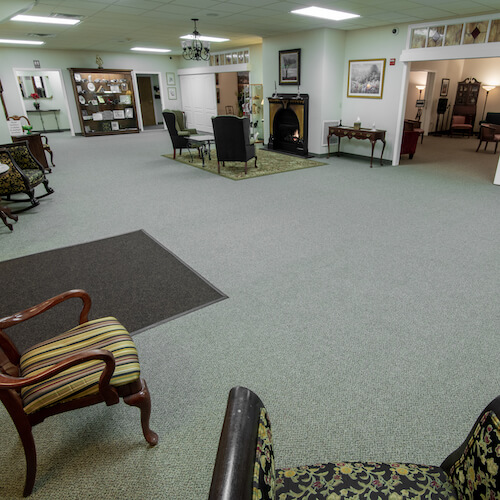 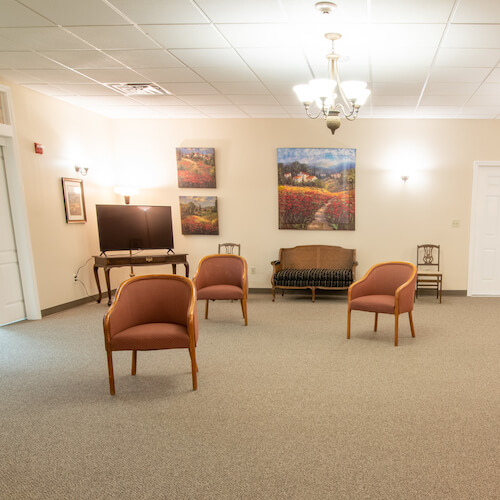 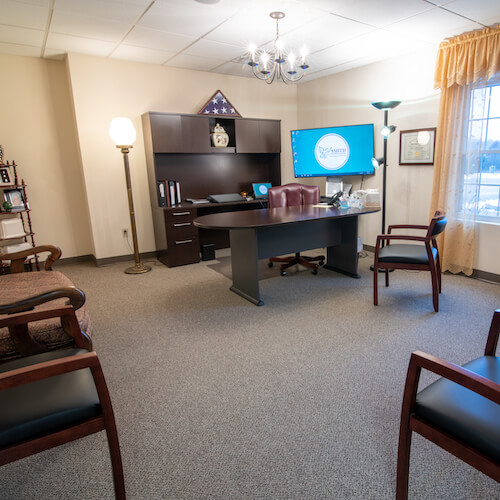 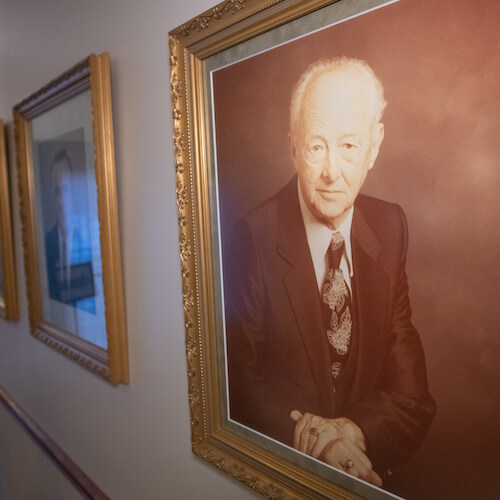 William J. Smith & Son, Inc. is a funeral home providing services to families residing in Bristol County, RI & MA and surrounding areas. Now known as Smith Funeral & Memorial Services, its origins date back to the nineteenth century. The founder, William H. Smith, the great-great uncle of the present owner, operated a general store right on the railroad tracks. Among other things, he sold furniture, which in those days included caskets when needed.

As time went on, and the Civil War began, the railroads were used to bring fallen soldiers home. Embalming became important at that time, allowing these soldiers time to come home and be viewed by family members. Mr. Smith became interested in this and learned to embalm from the chemical salesmen. As he got older, he taught his nephew, William J. Smith, a pharmacist, how to embalm. When the elder Smith passed away, his nephew took over the business and established an office at 17 Church Street, Warren.

In these days, funerals were run from the family home. Time passes, and William J. Smith's son, Augustine W. Smith (Gus) enters the business. Families eventually prefer not to have the disruption of a funeral in their living room (or, for that matter, the dearly departed in the living room). William, whose family lived next door to the office, decides to move his family into the cottage, which has been the funeral home office, and makes his home into the funeral parlor•. People are now coming to wakes at the funeral parlor for set visiting hours, making things much easier on the family.

In 1956, just prior to the death of William, he incorporated the business as William J. Smith & Son, Inc. By then, Gus's son William A. (Bill) Smith had joined the business. Together, they expanded the business by embalming and providing hearses, limousines and pallbearers for other funeral homes. They purchased the Charles Connery Funeral Home in Bristol in 1960, and it became the Connery-Smith Funeral Home.

Gus and Bill worked together until Bill's untimely death in 1981. At that time, Gus's daughter, Rosemary C. Alden, moved her family from Maryland to Rhode Island to be there for her parents. Gus and his wife Alice, who had been the bookkeeper since 1958, ran the business with the help of various employees. Alice died in 1985 and the ownership of the business was turned over to Rosemary. Though she worked full-time for a pharmaceutical / diagnostic company, she managed to keep things together, while Gus and the staff ran the day-to-day operations.

In 1989, Rosemary's daughter, Catherine A. Tattrie, took over the bookkeeping and started the process of obtaining her funeral director/embalmer license. Under the watchful eye of her grandfather Gus, Cathie became an excellent embalmer and displays her compassion for the families served by the funeral home. Her attention to detail, both in surrounding herself with excellent staff and in the way she conducts funerals, is a tribute to her Smith family heritage.

By 2007, Cathie designed and built a new funeral home on Schoolhouse Road in Warren which consolidated the Bristol and Warren locations. In 2011, she added a crematory and a pet cremation business, Faithful Friends Pet Crematory. Our new location has ample parking, easily handicapped accessible, and has a flexible floor plan allowing for much flexibility in the types of services we provide. 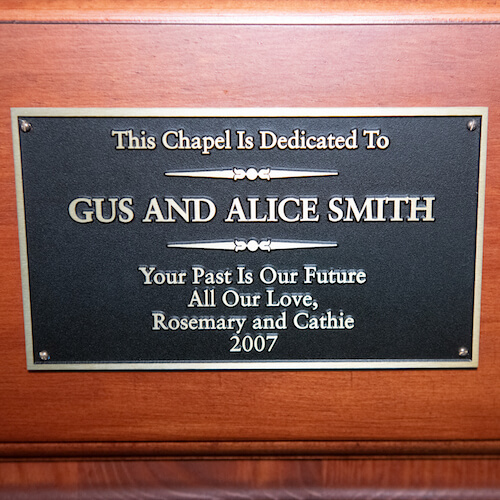 Smith Funeral & Memorial Services has the strongest professional affiliations we have ever been involved with. This has provided us with an association of trustworthy forward-thinking funeral directors and business owners who are as committed to consumers’ needs, as they are family’s needs. This unique blend has shifted the focus back to service and value and the network synergism provides us with a daily advancement of service standards and experience resources to draw on. Please feel free to visit their websites through the links below to learn more about these organizations. 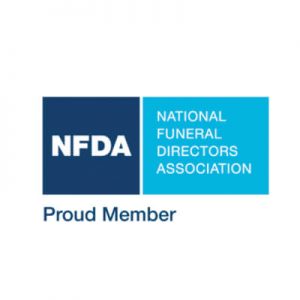 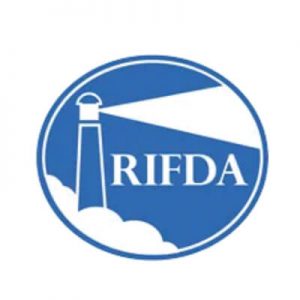 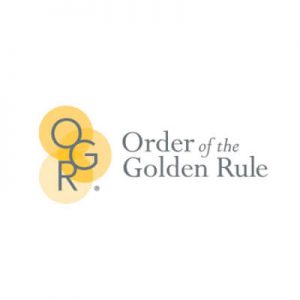 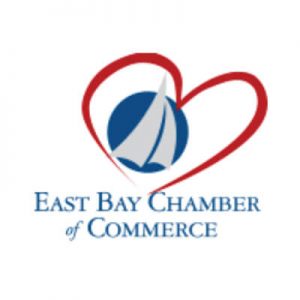 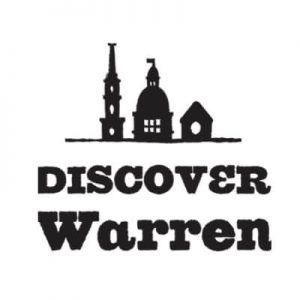