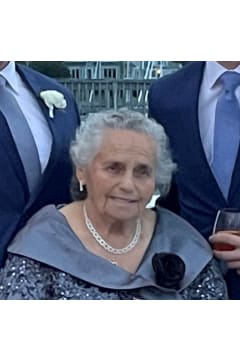 She was the wife of the late Manuel Joaquim Ribeiro.

Born in Samaioes Chaves, Portugal, she was the daughter of the late Manuel and Palmira (Gomes) Vila Cha.

Mrs. Vila Cha had worked at American Tourister for over 20 years, retiring in 1996. She was a Communicant of St. Thomas the Apostle Church in Warren, where she was active in the Holy Ghost Society and the Church Choir.

Funeral services will be held on Saturday, April 23, 2022, at 9AM, from Smith Funeral & Memorial Services, 8 Schoolhouse Rd., Warren, followed by a Mass of Christian Burial at 10AM, in St. Thomas the Apostle Church, 500 Metacom Avenue, Warren.

Burial will follow in St. Mary of the Bay Cemetery, Vernon St., Warren.