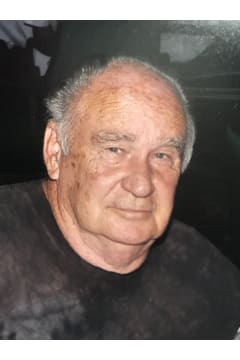 Marcel Proulx, 83, of Bristol passed away on Wednesday, August 18, 2021, after a short illness. The son of the late Raymond and Aurore (Primeau) Proulx, Marcel grew up in Central Falls before settling in Bristol. Marcel then went on to serve in the US Navy for 20 years, learning to be an electrician while enlisted. From there he went on to work for Brayton Point Power Plant for many years until his retirement.

Marcel loved to go camping in his spare time. He and his loving wife, Doria, also enjoyed taking cruises to various locations around the world as well as their monthly trips to Foxwoods Casino. Marcel was very good with his hands and an avid woodworker in his younger years. He would make all sorts of different things from things for home repair to intricate dollhouses. He was a fan of going out to the local restaurants with his wife throughout Bristol and Warren.